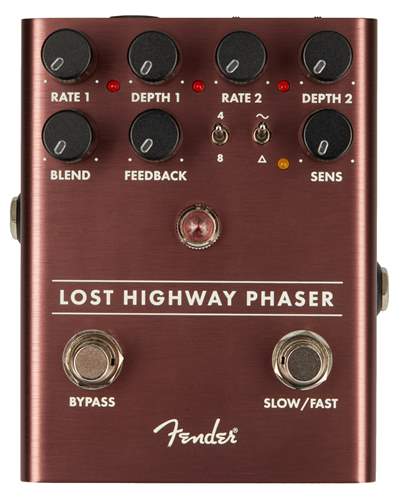 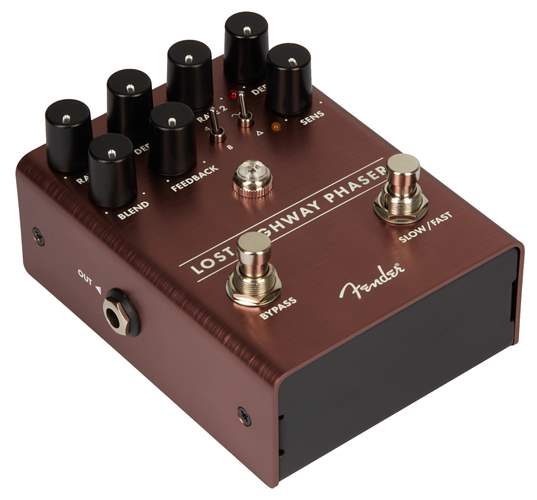 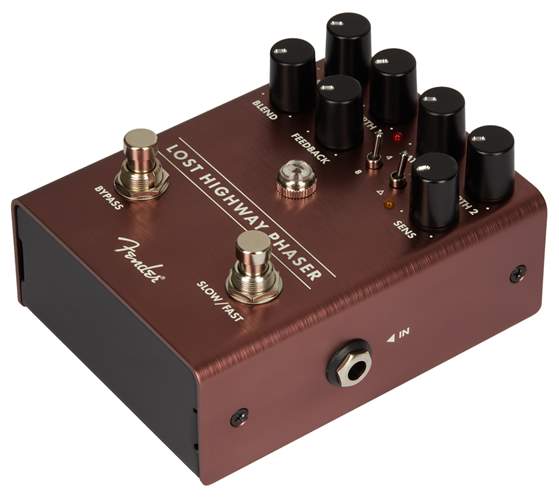 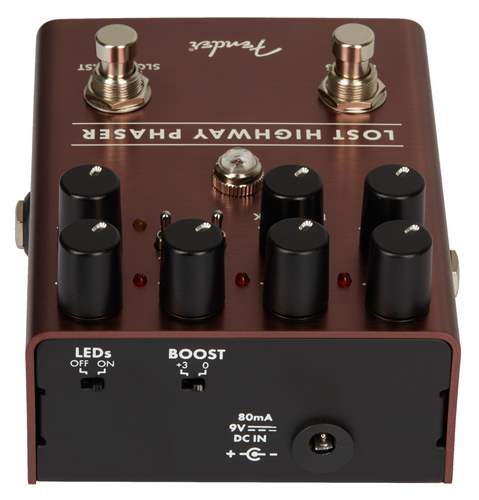 Made popular in the late-1960s and early 1970s, phasers create a sense of motion and add dimension to your sound. The Lost Highway Phaser brings powerful, flexible analog phasing to your rig. Foot-switchable Fast and Slow speeds—each with their own independent Rate and Depth controls—let you easily alternate between slow, moody phase shifting all the way to rapid and warped modulation. The Wave toggle switch selects between Sine and Triangle waveforms while switchable 4- and 8-stage phasing makes it easy to add extra resonance on the fly. The Sensitivity control allows modulation rate changes based on your playing dynamics—dig in and the intensity of the phasing increases.